In an interview with one of the descendants of the Mambally family, TNM learns the story of the first Christmas cake and how their bakeries spread across Kerala.

At the bottom of a painting, in a corner and behind two conversing men, is a little boy – a toddler in mundu – who you might miss. But Premnath Mambally, with a soft laugh and an unmistakable Malabar accent, points it out. “There, this baby you see in the painting is my grandfather,” he said, waving his hand in the direction of the painting. He had to explain the picture so many times already, a story his family carried for 140 years. The painting is recent, it is less than 10 years old, created by an artist named Elizabeth and offered to the Mambally family, known to have made the first Christmas cake in India.

The man who made the famous plum cake in 1883, exactly as the ‘Saib’ (the way the British were addressed to Malabar) wanted is in the foreground of the image – Mambally Bapu, the toddler’s uncle behind him. Across from him is Briton Murdoch Brown, who came up with the odd request to bake a Christmas cake, handing Bapu a sample he brought from England with him. The place where they met is Thalassery – at the time of Tellicherry – in northern Kerala, which is now part of the Kannur district. No Indian is known to have made a cake before in India.

“It was the time when the British ruled the region of Malabar, which then came under the presidency of Madras. Bapu had founded his “Mambally’s Royal Biscuit Factory” in Thalassery in 1880, after going to Burma to learn how to make cookies, bread and rolls. He started with 140 varieties of cookies. Three years later, Mr. Brown, who owned one of the nearby estates, brought a cake to Bapu and told him everything he knew about how to make one – the ingredients included a French brandy. . Bapu took it as a challenge but made the cake with the local beer. When the Briton tasted the cake he said “Excellent” and ordered 12 more. The date was December 20, 1883, ”explains Premnath, sitting in the Santha bakery in Pulimood, Thiruvananthapuram.

Over the generations after Bapu, the bakery units spread throughout Kerala with some being renamed after family members. The Santha bakery started in the capital in 1940, one of the few bakeries in the city at the time. “That and Queen’s were the famous bakeries of my childhood,” says one of the shop’s former customers.

It is mostly former customers who visit the store now. Younger people don’t enjoy the same things, Premnath says, gazing fondly at the shelves of sweets made with recipes handed down from generation to generation. He frowns at my choice of a chocolate pastry and hands me a traditional date cake – “try this,” he says. It’s yum! As if at the right time, one of the elders visited the store in the afternoon. This is Rajeev, son of the late singer KP Udayabhanu. The family is one of the loyal customers of the Santa Bakery. 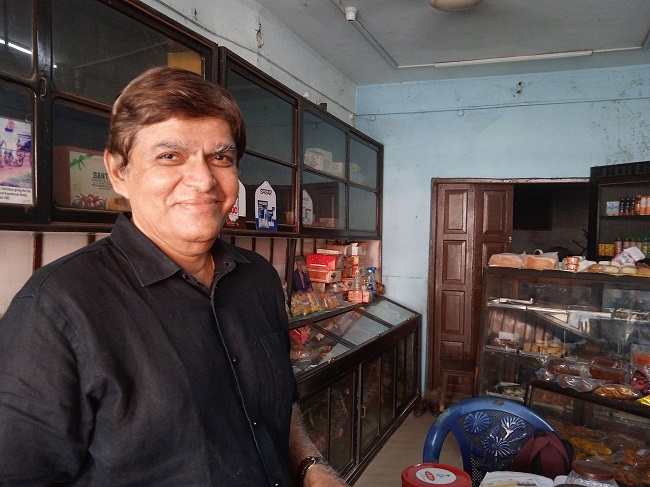 Rajeev Udayabhanu at the Santa Bakery

Another regular customer – a bank clerk – doesn’t interrupt Premnath as he tells Mambally’s story but goes straight to the glass shelves and has his two chicken cutlets, a daily habit. Behind the shelves, on a pale blue wall is the black and white photo of PM Krishnan, the father of Premnath, who founded the bakery and ran it for 40 years. 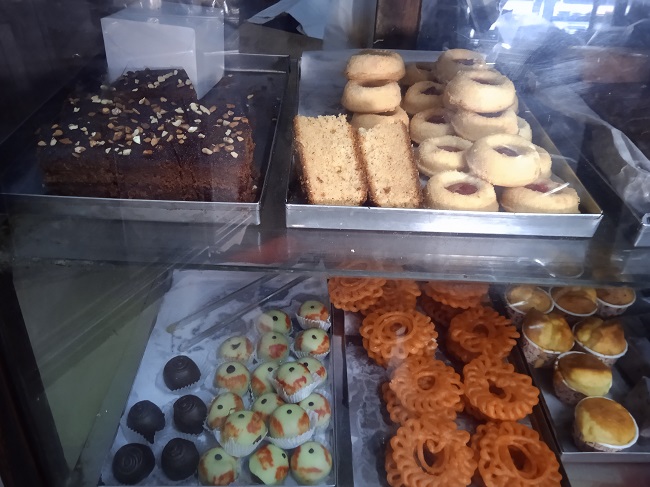 Premnath explains the family tree. Bapu was the uncle of Premnath’s grandfather, Mambally Gopal (the child in the painting). “Those days it was Marumakka Thayam – matrilineal system – when your property has been passed on to your sister’s children. So the cookie factory came to Mambally Gopal, ”explains Premnath.

Premnath Mambally tells how his great-uncle Mambally Bapu baked the first Christmas cake in Kerala in 1883. Premnath runs one of the many bakeries the family has opened. #Kerala – Santa bakery at Tvpm. The next generation is not that enthusiastic, he says#Christmas #Story pic.twitter.com/b6M3MYZKTO

During Gopal’s day, the system changed and the baking tradition was passed on to several of his 11 children. There were three daughters and eight sons. Bakeries have opened in Kozhikode, Kochi, Kottayam and Thiruvananthapuram under several names: Best Hotel in Kottayam, Cochin Bakers in Ernakulam and Santha in the capital. The Malabar bakeries kept the name of Mambally.

“These days our cookies weren’t as chewy as the ones the British made. So some of the men asked the butlers at the British houses – who were locals – about the secret ingredient. They said it was white powder and passed on a sample. Maybe it was baking soda, we don’t know now. But the recipe that we still follow to this day is believed to be the one passed down by Mambally Bapu, ”Premnath says. 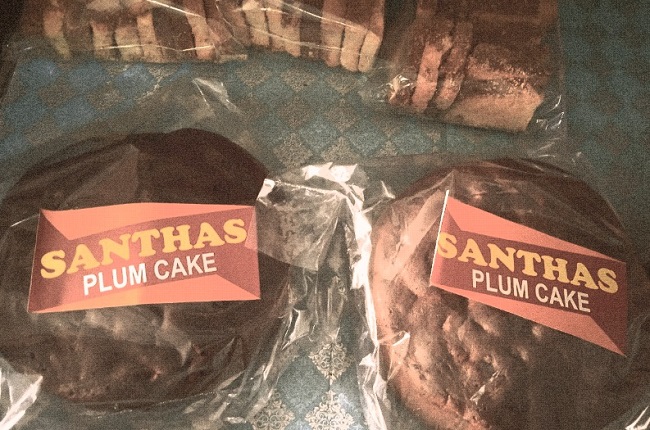 He had not planned to join the business. He did this when his father Krishnan passed away and someone had to take over the units from Thiruvananthapuram. Krishnan was an official in the Timber Department and a staunch Communist. He had let party pioneers like AK Gopalan and EMS Namboodiripad go into hiding in his stead when the Communists were hunted down by the authorities. Krishnan also became active in campaigns, asking for toilets for the villagers – “long before Swachh Bharat these days,” Premnath says. But it brought a transfer to Krishnan that he didn’t want. He quit his job and came to Thiruvananthapuram to start the Santha bakery with 1000 rupees and cookies donated by the family. 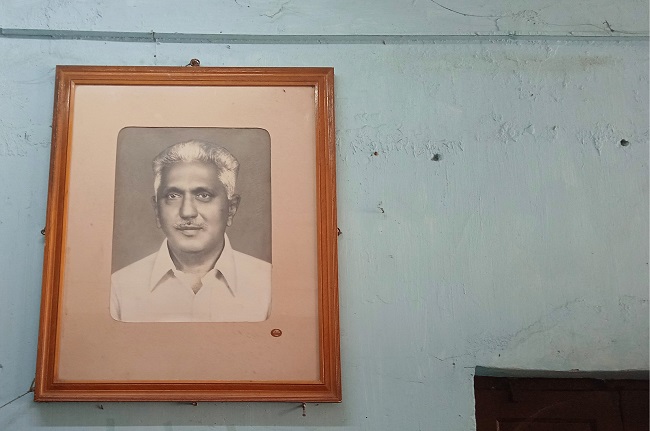 PM Krishnan of the Mambally family

Thirty-eight years ago, on Premnath’s birthday, they launched the second unit in the capital. “But I don’t know how many more years it’s going to last. No one from the new generation is interested and they have asked me to stop working too, ”says Premnath, and adds, as an afterthought,“ I belong to an older generation, not suited to the ways of the new. world.

Read also : These sweet and savory snacks are Malayali favorites at Christmas